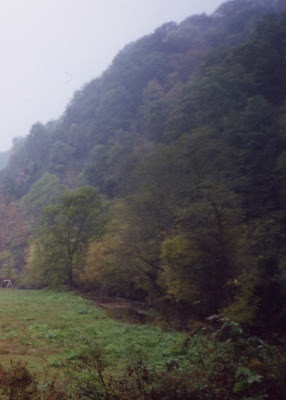 The sound of crows sometimes takes me back in time to Russell County Virginia, 1950. A young boy is awakened by his mother well before dawn. Sleepiness soon gets pushed aside by his growing excitement. His uncle has come to take him squirrel hunting for the first time.

The pick-up bounces along dirt roads and stops across from a line of high ridges. The boy’s uncle reaches behind the seat and pulls out a rifle case. He unzips it and slides out the bolt-action 22. The smell of 3-in-1 Oil fills the truck.

They walk in silence to a stand of trees below the ridge. His uncle has been here before and crouches behind a rock outcrop. They wait. Dawn is still an hour away and night seems to suffocate any desire to speak.

The boy wonders why they’ve come so early. The whole woods are asleep and he wishes he were too. Above them the blackness begins to fade. The contour of trees becomes visible against a graying sky.

His uncle raises a finger to his lips and points up the ridge. He lifts the 22 and releases the safety. The boy squints into the hazy light but sees nothing. He feels a rush of excitement as his uncle takes aim at a large oak.

The crack of the 22 shatters the morning stillness. Its echo ricochets through the forest. The boy shudders. The smell of spent gunpowder fills the air. His uncle walks up the hill to the tree and reaches down.

He returns, holding a dead squirrel for the boy to see. This is not what he expected. He feels no joy in looking at the lifeless animal. What started as an adventure leaves him sad and confused.

They walk back down the hill to the truck. Dawn now gives detail to the forest, creek and bottom land. Their ancient beauty seems lost on the boy. Later, he will remember only one thing; calling down from the forest behind him, the sound of crows.

"So the writer who breeds more words than he needs, is making a chore for the reader who reads."
-Dr. Seuss- 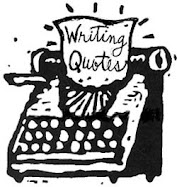 Chairman of The Board's Word For Today

wonk (n. slang) One who studies an issue or a topic thoroughly or excessively.

Want This Blog Delivered To Your E-Mail Box?

"E" is for Earthworm 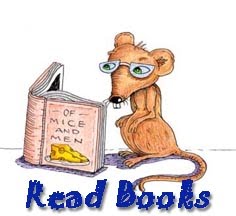 Books I'm Reading, Have Read Or Would Like To Read

Birds of Heaven by Peter Matthiessen
The Dragons Are Singing Tonight by Jack Prelutsky
The Butter Battle Book by Dr. Seuss
Old Masters and Young Geniuses by David Galenson
The Outliers by Malcolm Gladwell
Snow, Snow by Jane Yolen

All images and other content on this site are copyright protected and are the sole property of Denis Gaston. Permission for use must be obtained by contacting the author at dgaston@tampabay.rr.com Thank you.

Bug of the Month